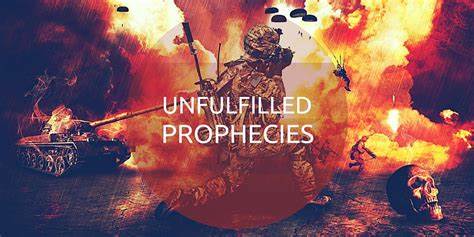 I’m researching the mysterious four angels mentioned in The Book of Revelations. These four angels are claimed to be bound in the Euphrates River. My research brought me to a blog posted by Pastor Bill Randles, September 25, 2017. After reading part one of his post and the comments left on it; I realized two years later, there is no more information available than mere speculations. For a creative mind like mine – this leaves a door open for some interesting esoteric and apocalyptic fiction.

One interesting comment on the post referred to the pastor’s information regarding the city Jerusalem. The comment made me remember how naive most Americans are when it comes to religious history. Without diving into the details, the commenters were surprised that Hebrew did not mean Jewish; Jerusalem was not an original Hebrew word, and the times we live in today are not more dangerous than before.

First – I am in no way anti-Semitic. I have deep, personal respect and many soft spots for Semitic people. However, I am disturbed at how the term anti-Semitic, in western thought, defaults to anti-Jewish. Somewhere in human thought the term Semitic was high jacked and became synonymous with Jewish people. The western mind set, especially in the working-class religious sects seem to be very naïve in the fact that Arabs and Persians are Semitic. It is laughable when I hear someone call the Palestinians anti-Semitic. Then there is the assumption of what a Jew is or is not. My hypothesis is that the actual genetic makeup to the ethnicity we term “Jewish” – those who descended from Judah, one of the seventy children of Israel (Jacob) are very small in genetic number. There genetic claims and alleged rights were assumed by non-Semitic people who took in the religious practices we inappropriately named Judaism.

I say inappropriately because the faith had no name when Abraham, David or Jesus practiced it. The name Judaism became commonly used after the destruction of the second temple in 70 CE. At that moment it was important to name the faith as to differentiate it from the Temple-based religion and the one used today based in synagogues, rabbis and the home. It was also needed to differentiate from the Pauline religion of Christianity which survived at the Council of Jerusalem.

Back to Jerusalem. It was noted by the pastor’s blog that Jerusalem was the name of the city before the Hebrews arrived. The commenters to the blog were shocked to know as much. What was not mentioned and would have thunderstruck the naïve reader is that the part of the word “salem” refers to an Ugaritic god. The god of the dawn thought to symbolize the beginning of things. In whole, the word Jerusalem means The foundation of Shalem. Ironically it could mean the foundation of the beginning. This could explain why David, who forged an Israeli empire, made Jerusalem his capital after killing its inhabitants.
When it comes to massive killings, my naïve westerners like to flatter themselves with the idea that we live in worst times than the past and such is evidence that the world will come to an end. To think evil is more prevalent than a thousand years ago is naïve. How different is a Tomahawk missile proportionately from a flamed rock catapulted into a Medieval walled city? How different is the Israeli genocide of Muslims proportionally different from the Jebusite genocide? Is there a difference from Germany’s concentration camps over the Chinese re-education camps or the American detention prisons and internment camps? The concepts and evils are the same. What about centuries of the Atlantic Slave trades? Is there much different from sex trafficking and slave labor? Is the massive migration of people from one geographic area different from those crossing the Mexican / U.S. boarder? When I consider these things, I fail to see any human moral progression from the past.

Westerners, in self flattery, develop an arrogance and dogma that taints sensible conjectures of biblical prophecies.  The pastor’s blog is no different. He abandoned his original premise which supported the belief that the four angels bound in the Euphrates would unleash their fury on the world. He tilts to the a predictable western perspective that the four angels are somehow related to the ominous Muslims. The point of view disappointed me because it reflects a western cognitive dissonance wrapped in American exceptionalism. We do not blame ourselves for the violence found in the four nations that border the Euphrates River. Instead we conveniently forget that each nation has a right to self-govern and define the terms of its humanity. Whereas Americans define its terms in crowding millions of people in small living areas and paying the “less fortunate” with free food rent and medical expenses, other nations define their terms differently. Although our arrogance and common acceptance of American exceptionalism compels us to interfere and force the Muslim world to accept our flawed pedagogy on civilization, we may have more to do with unleashing the four angels than the Muslim countries. After all – The Book of Revelations speaks of a whore sitting on many waters. When I consider our political system’s practice of lobbying, I am tempted to consider that I live in a society birthed by that whore.